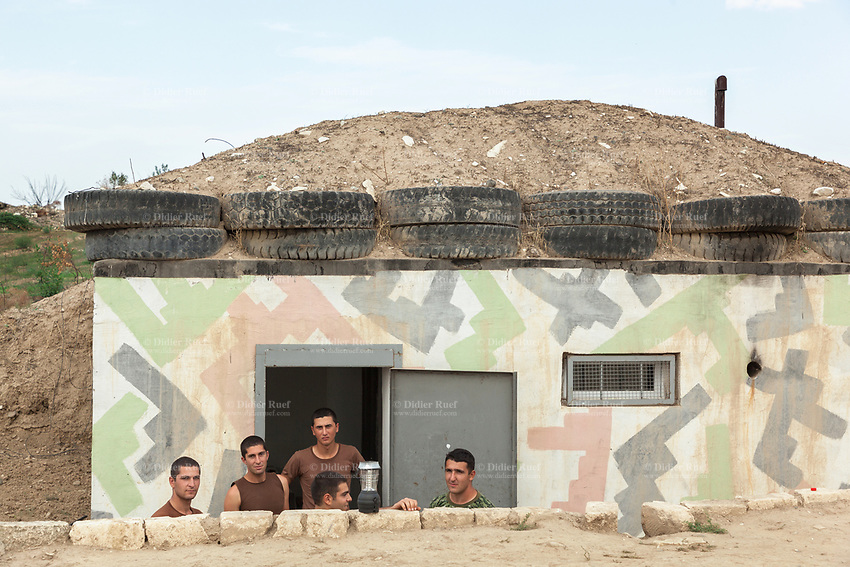 Nagorno-Karabakh, also known as Artsakh, is a landlocked region in the South Caucasus. Merzili. Soldiers standing by a military bunker close to the
the front line and the ongoing fighting with Azerbaijan. Nagorno-Karabakh is a disputed territory, internationally recognized as part of Azerbaijan, but most of the region is governed by the Republic of Artsakh (formerly named Nagorno-Karabakh Republic), a de facto independent state with Armenian ethnic population. The territory is under the control of the Artsakh Defense Army (which is backed up by Armenian Army) due to the ongoing territorial disputes with Azerbaijan. Merzili (also Mirasali) was a village and municipality in the Agdam Rayon of Azerbaijan. 5.10.2019 © 2019 Didier Ruef
© Didier Ruef 5616x3744 / 12.7MB