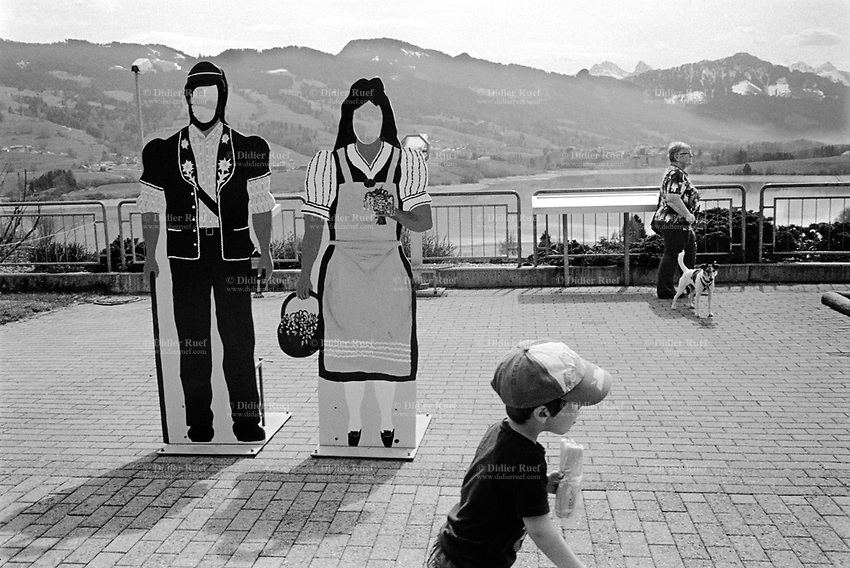 Switzerland. Canton Fribourg. Avry-devant-Pont. The Gruyère restoroute is the perfect place for a break in a lush green landscape with a fantastic view on the Gruyère lake and the swiss Prealps. Swiss Prealps are the northernmost section the Western Alps. A young boy eats a sandwich and runs in front of two dummies used by tourists for environmental photo sessions. Both lay-figures portray a couple, a herder and his wife dressed with traditional clothes. The herders, known as armaillis, allow the cows to graze on the rich grasses found on the sunny mountain slopes. Swiss alpine farmers. Alps mountains peasants. An elderly woman with a dog on a leash. info@didierruef.com
+41 79 691 20 70
www.didierruef.com © 2013 Didier Ruef
© Didier Ruef 5274x3522 / 9.3MB